The major city of Qingdao in the Shandong Provence, China, boasts a population of more than 13 million people. As of 2016, Qingdao’s Province Shandong has maintained a 30 year long Sister State relationship with South Australia, an important relationship for both cities.

Designer Cristina Tridente says “It was such a fantastic opportunity to showcase at the 2015 Festival and I am really excited to be here once again. It is such an honour to showcase amongst famous Korean and Chinese designers and I really want to put our state on the map for fashion.” 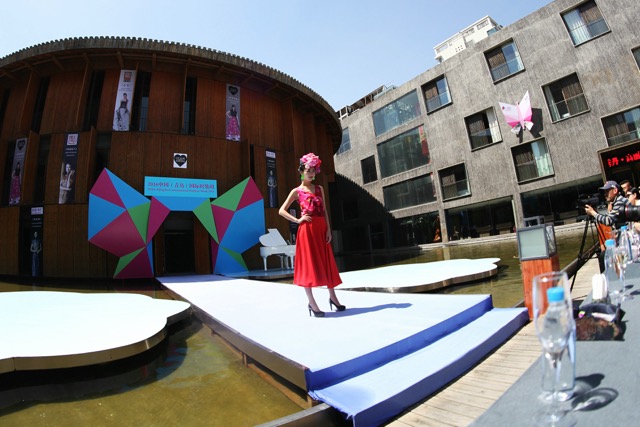 The camellia flower was a big inspiration for the collection; it’s one of Cristina’s favourite flowers. The textures of the fabrics play a big part in the designs for this collection. All chosen fabrics are very textured; from laser-cut love hearts to luxurious digitally printed silks, hand embroidered Czechoslovakian crystals and embroidered waistbands. It takes a less structured approach from the previous Silk Road Collection, with the focus on flowing silhouettes. 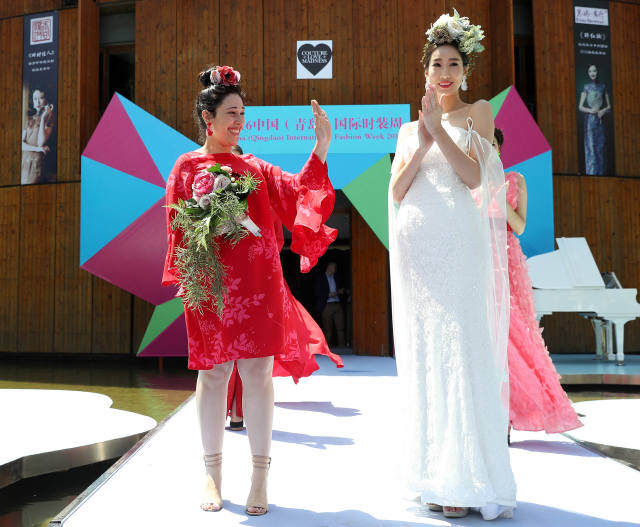 Featured as part of the collection are South Australian based jewellery label Use by Simon Williams and floral stylists Bizzarro who created accessories to compliment the collection. Cristina says “It’s exciting to be able to showcase others’ work who are also locally made. The earring, rings, headpieces and bouquets really completed the collection beautifully and were uniquely designed for this collection.”

Cristina attracted much media attention with her collection in Qingdao, appearing on Qingdao TV1’s the ’Today Show’ as the top story for Friday 13th May. Qingdao TV is viewed by approximately nine million people in Qingdao. couture+love+madness was also featured as a top story on Xinhua News. The Xinhua News Agency is the official press agency for the People’s Republic of China and boasts the biggest readership of any media agency. The story has been currently viewed more than 550,000 times since Friday 13th May.

Cristina has currently started working on her next collection which will be showcased at this year’s Adelaide Fashion Festival from October 19-23 2016.